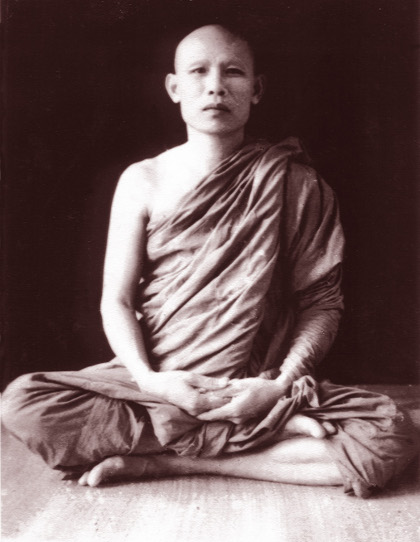 Material made: Made of Copper with Black Oxide Plating

We encounter extreme difficulty to properly articulate the rarity of such a magnificent medallion. This amazing medallion of such immaculate condition is not something that can be easily sourced.

This featured medallion is made in Year 2503 B.E. in commemoration of the “foundation laying ceremony” of Wat Asokaram in the province of Samut Prakan. It is also known to be Luang Por Lee/Ajahn Lee’s top tiered and most sought after amulet.

Phra Suddhidhammaransi Gambhiramedhacarya (1907–1961), commonly known as Ajahn Lee Dhammadharo, was a meditation teacher in the Thai Forest Tradition of the Dhammayuttika Nikaya order of Theravada Buddhism. He was born in the Ubon Ratchathani Province of Isan and was a student of Ajahn Mun Bhuridatta.

Ajahn Lee is regarded as one of the greatest teachers and meditation masters of the Thai Forest Tradition of the 20th century. Among the forest monks, he devised the most comprehensive meditation instructions, and composed the most detailed map of the jhānas. He was one of the first teachers to bring the teachings of the Forest Tradition to the mainstream of Thai society. He never spoke of his own meditative attainments, however it was widely discussed among his students that he may have been psychic.

The condition of the medallion is nothing short of aesthetic perfection! Though there were 5,000 pieces made, we have never encountered a piece in such wonderful and immaculate condition! It is truly an amazing sight to behold in person!

The texture is so well kept that there is a “Piu Fai” texture found radiating from the surface of the entire medallion!

A truly amazing piece for the true connoisseurs!

The distinctive features of the medallion may seem odd to some but upon further understanding.. Each detail present on the medallion has its meaning behind on why it was made in such a way!

What immediately noticed is Lord Buddha in the middle of the medallion, gesturing the Dhammachakra Mudra, which is a gesture of teaching interpreting the Dhamma Wheel (Dhammachakra) to his disciples.

And adjacent to 4 of the pillars are Yants signifying the 4 Noble truths:

1. Dukkha (suffering, incapable of satisfying, painful) is an innate characteristic of existence in the realm of samsara.

2. Samudaya (origin, arising) of this dukkha, which arises or “comes together” with taṇhā (“craving, desire or attachment).

3. Nirodha (cessation, ending) of this dukkha can be attained by the renouncement or letting go of this taṇhā.

4. Magga (path, Noble Eightfold Path) is the path leading to renouncement of tanha and cessation of dukkha.

INCLUSIVE OF A CUSTOM MADE VINTAGE GOLD FRAMING ENCRUSTED WITH 3 GENUINE DIAMONDS!