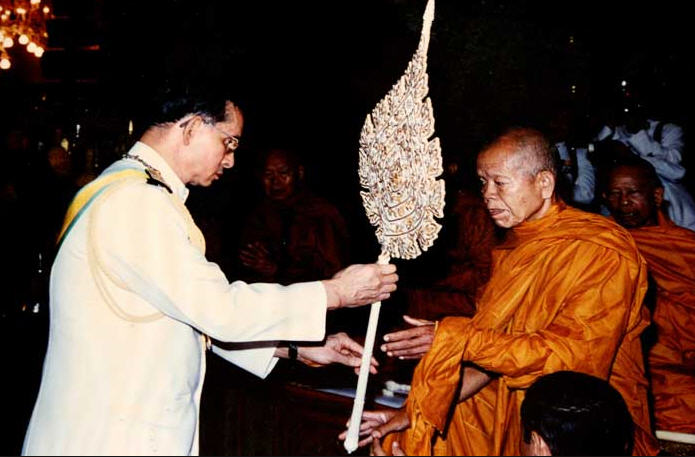 Material made: Made of NAWALOHA

EXCELLENT AND TIP TOP CONDITION!
EXTREMELY RARE NAWALOHA VARIANT! ONLY 999 PIECES MADE IN THE WORLD!
TOP TIERED AND MOST SOUGHT AFTER MEDALLION BY LUANG POR KOON!

This amazing piece featured today is the unanimously agreed TOP TIERED medallion of Luang Por Koon, the Holy Monk of the Nakhon Ratchasima.

Extremely well respected and highly revered by people all over the world. Born into a poor family, Luang Por Koon entered the monkhood at the age of 21 and vowed to remain a monk for life to help develop the quality of life of the poor of his province. He learnt Buddhism and meditation from revered monks in Nakhon Ratchasima. He made years-long pilgrimages to Laos and Cambodia to further practice meditation and promote Buddhism. He reportedly learned magic spells from one of his senior monks and mentors to protect him during his pilgrimages.

Luang Por Koon later returned to Wat Ban Rai and encouraged local residents to build and renovate temples, schools and ponds to help local children and villagers. He gradually became famous, with many having very positive experiences with the amulets, and even documenting many miracles among many of his devotees.

His popularity led to considerable donations, which he spent on the construction of schools, police stations, hospitals and temples.

This particular piece was blessed in Year 2519 B.E. (1976 A.D.) in hopes of raising funds for the construction and repairs of one of the temples he resided in during his youth, Wat Non Muerng. There were a FOUR material variants:

The GOLD medallion made in this particular batch is widely considered to be one of THAILAND’S MOST EXPENSIVE AND SOUGHT AFTER MEDALLION, with prices in excess of more than 10,000,000 Baht (approx. SGD$450,000).

What is featured here is the NAWALOHA variant, with only 999 pieces made in the world, it is a highly sought after variant!

The condition is ABSOLUTELY STUNNING with all important features highly distinctive! Overall texture is very, very well preserved with a rainbow-ish hue found scattered throughout the entire surface of the medallion. Photos simply do not do this beautiful medallion justice! The magnificence of the medallion must be admired in person!

The rainbow-ish texture is commonly known as “Piu-Fai” in the community.  It is a chemical reaction that occurs when the alloy and the chemicals on the surface of the medallion comes into contact with the atmospheric components in the air which results in an absolutely unique iridescent/rainbow texture.

Priced very, very attractively for a medallion of such immense collector’s value! Iconic amulets as such will forever be the bedrock of evergreen amulets! Remember, it is the TOP TIERED MEDALLION by one of the MOST ICONIC AND WELL KNOWN CONTEMPORARY MONK IN THE ENTIRE COUNTRY! It is without a doubt, a true evergreen of the entire industry!