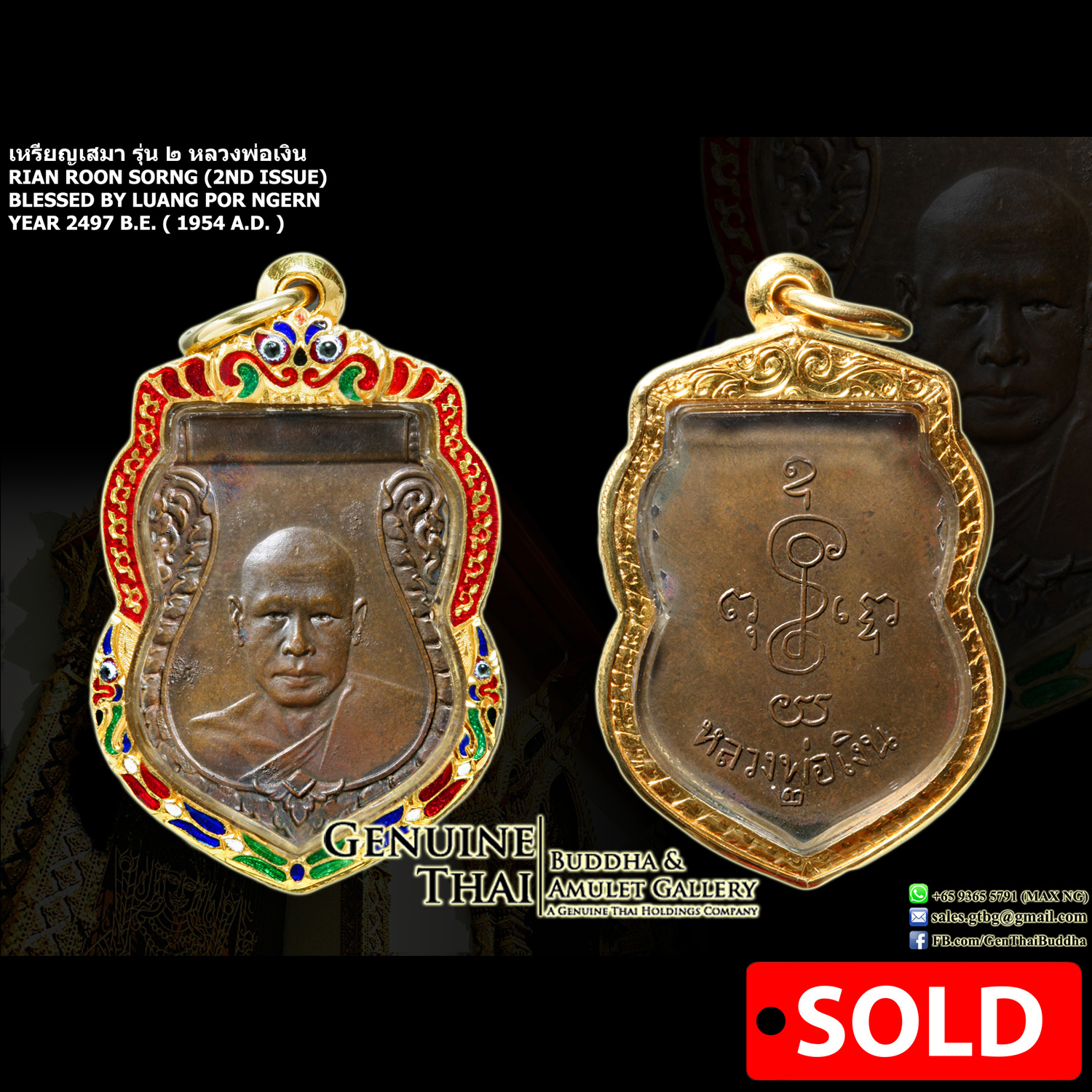 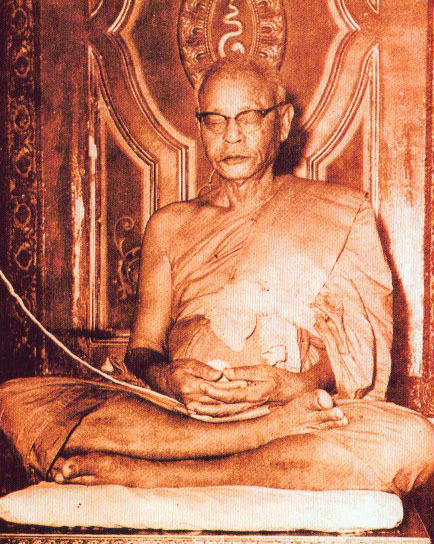 This beautiful medallion featured here is known as Rian Roon Sorng, or translated to be the 2nd Issue Medallion.

Blessed for one “trai mard”, which refers to the 3 months meditation period during the rainy season known as the rain retreat.

The idea for the medallion to be distributed as the 2nd Issue Medallion commenced when a student of Luang Por Ngern, whom was also the Chief Physician of the Health Division of Bangkok’s Municipality. The doctor highly revered Luang Por Ngern and frequents Wat Don Yai Horm and Wat Bang Chang in the province of Nakhon Pathom.

Seeing how derelict Wat Bang Chang was at the time, he sought the assistance of Luang Por Ngern to raise funds via the distribution of the medallion in order to proceed with the reconstruction of Wat Bang Chang.

Luang Por Ngern, being one of the top monks of the era, especially in the province of Nakhon Pathom, resulted in the very high demand for his amulets. They were distributed approximately for 10 Baht each for a copper medallion back in Year 2497 B.E., and it did not take long before all the medallions were acquired by people all over the country.

Of all the amulets created by Luang Por Ngern, his medallions are always the most sought after among collectors all over the world.

Luang Por Ngern’s 1st Issue Medallion made in Year 2493 B.E. in a decent condition would fetch more than a million baht in today’s market. The next best alternative would be the 2nd Issue Medallion which is this beautiful piece featured here.

The condition of the medallion, once properly scrutinized, exudes an unimaginable aura of excellence. It is an absolutely stunning piece to behold. Iridescent hues caused by the natural chemical reaction of the medallion’s texture coming in contact with atmospheric particles are widely noticed.

INCLUSIVE OF A CUSTOM MADE VINTAGE SOLID GOLD FRAMING!