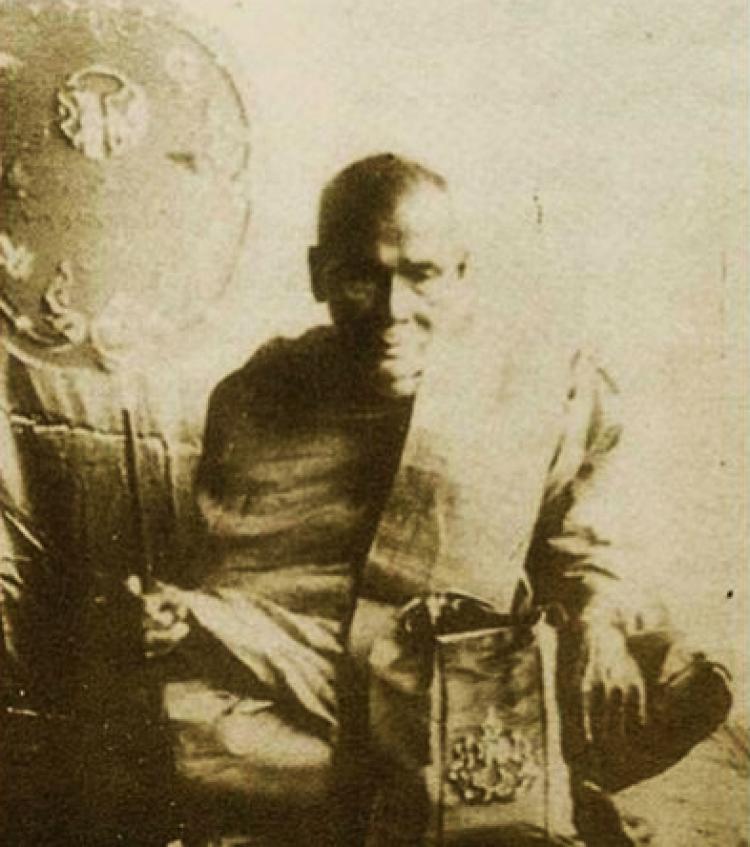 This featured medallion is easily one of the most recognizable and important medallion of the entire Nakhon Pathom Province and is something highly sought after by bona fide collectors all over the industry.

Luang Por Cham of Wat Ta Kong is known to be one of the top tiered holy monks of Thailand from the province of Nakhon Pathom. He seek tutelage from Luang Pu Tah of Wat Paniang Tack and Luang Pu Boon of Wat Klang Bang Kaew, which he learned greatly from both. At a certain point of time, he became the teacher of Luang Por Tae Wat Sarm Ngam, another very prominent holy monk of Nakhon Pathom.

What you see here is the 1st Issue Medallion that was blessed by Luang Por Cham. What is immediately striking about the medallion is the design, which is unconventional and unique, yet with a significant purpose why it was designed in such a way.

It was made for soldiers participating in World War to protect them from danger.

The round center of the medallion is surrounded by 16 jagged edges, each with a Yantra written within. It is known as “Yant Phra Jao Sib Hok Ong” which translates to “The Sixteen Deity Yantra” and it is known to offer superior protection for the bearer of the medallion.

The condition of this medallion is almost flawless! It is in a near perfect condition despite having a history of approximately 80 years! This is easily the most beautiful Luang Por Cham’s 1st Issue Medallion we have ever witnessed! All important details and features of the medallion are extremely well preserved and texture is amazingly immaculate!

Highly undervalued for an amulet of such cultural and historical excellence!