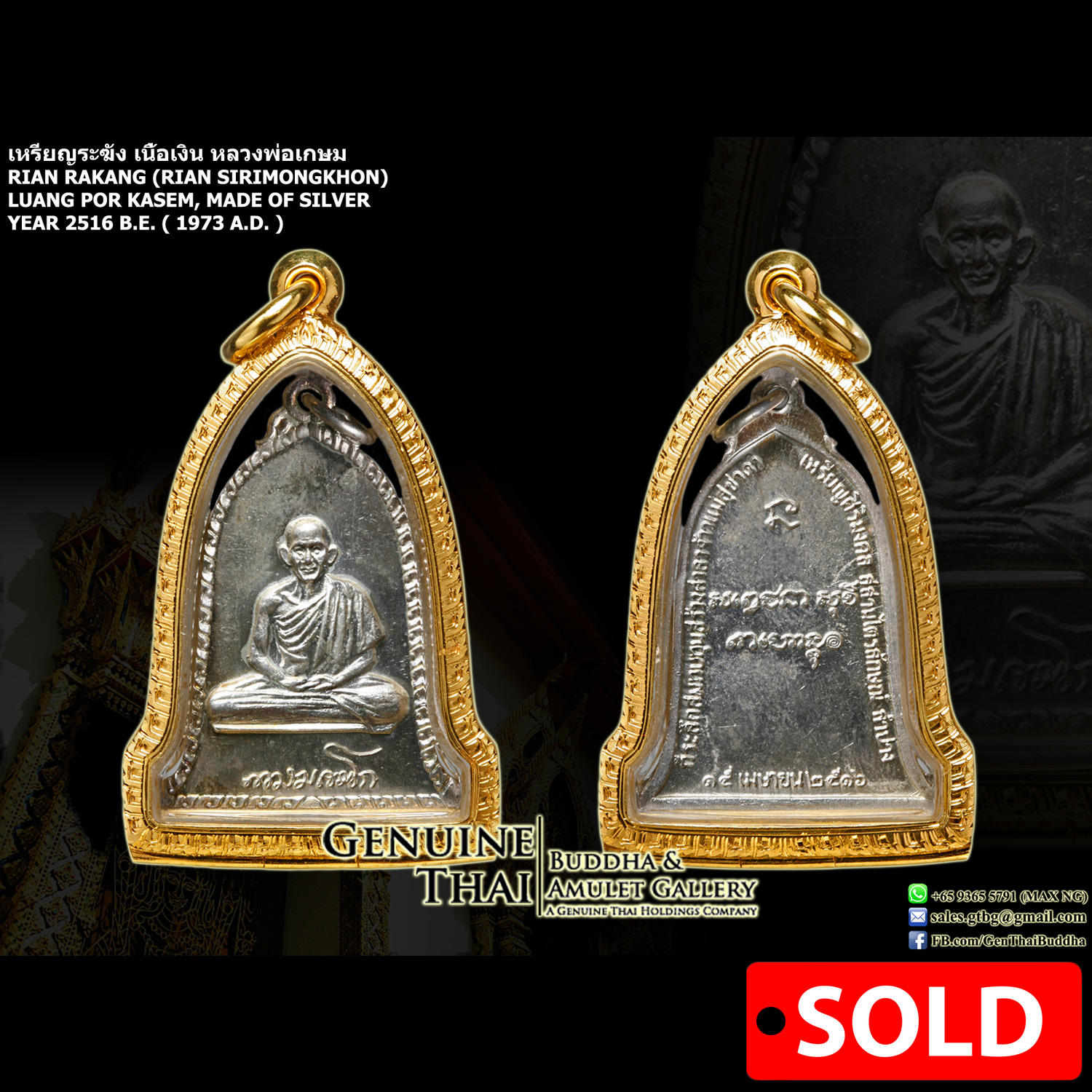 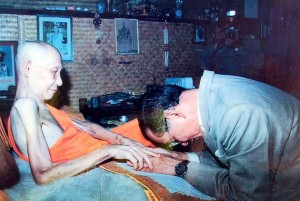 This is perhaps the most iconic medallion ever to be blessed by Luang Por Kasem.

It is with much difficulty to properly articulate how an uphill task it was to acquire a piece in such an unimaginably pristine condition! It is as if the item has been sealed in an environment where it was allowed to oxidize naturally for the past 40 odd years without any traces of unnatural intervention. With only 150 pieces made, we are almost certain that such a piece is easily one of the most, if not the most immaculately preserved piece in the world.

Known officially as “Rian Sirimongkhon” but due to its unique and iconic shape of a bell, it was more prominently known as “Rian Rakang” which means the Bell-Shaped Medallion.

It is also important to note the meaning of the word “Sirimongkhon”. It is abstractly translated to represent the meaning of “conferring of blessings”.

Many were perplexed when it was produced in such an unusual design which led to many disciples seeking the reason of such intention.

It was then elaborated by Luang Por Kasem that he wishes that with the blessing of the medallion he has consecrated, the bearer would be as “DANG” (literally translated as loud in Thai but also has the meaning of popular/successful/prosperous) as the Bell (Rakang) of the temple!

Of all the highly sought after medallions and amulets blessed by Luang Por Kasem, this piece is undisputedly the absolute crème de la crème!