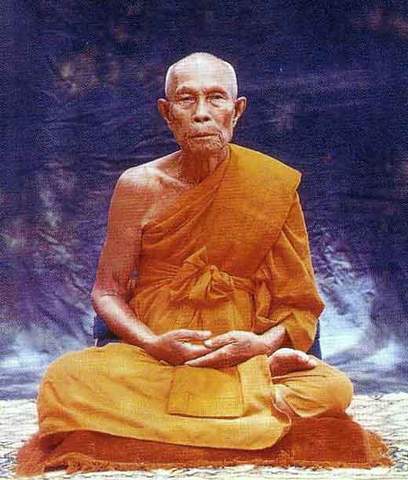 This beautiful medallion featured today is known as Rian Phaya Tao Ruern, and it is known as the 1st Issue medallion blessed by Luang Por Liew, depicting the image of Phra Sangkachai on a turtle shaped medallion.

Many individuals, especially those who are new to Thai Amulets, upon chancing on the medallion would immediately question themselves on why is it in a shape of a turtle?

Local folklore and legend has it that there was once a mythical Turtle, with the size as big as a house, known as Phaya Tao Ruern that has achieved sentience and started cultivating itself over many centuries. Known to be full of compassion and mercy. It witnessed a ship wreck near a deserted island, which the survivors scurried hastily to the island only to find that there are no food and water. Many days passed and the extreme hunger drove the survivors to insanity which soon turned into cannibalism.

Having witnessed such agonizing sights, Phaya Tao Ruern, with great mercy and compassion sacrificed itself by climbing up a hill and rolling itself down to the survivors, in hopes that the meat of his carcass will alleviate the hunger of the survivors and its massive shell can serve as a vehicle for the survivors to have a safe return to their land.

The survivors, grateful of Phaya Tao Ruern’s compassion and mercy, immortalized it with pictures and sacred objects depicting it’s image. Praying to it for luck and prosperity. It remains a widely revered image by devotees all over the world till this day.

A few notable monks created amulets depicting Phaya Tao Ruern over the course of the last century, but the most well-known Phaya Tao Ruern amulets were the ones consecrated by Luang Por Liew.

It is also the BLOK NIYOM (Popular Mould) Variant which has considerably lesser pieces made making it highly uncommon and sought after by collectors worldwide.

The condition of the medallion is excellent with the texture beautifully preserved.

Turtles has long been symbols of longevity, prosperity and stability in many cultures.

It is one of the Four Mythical Animals in ancient texts which symbolizes strength and impregnability.

When one thinks of a turtle/tortoise amulet, Luang Por Liew of Wat Rai Tang Thong is the most widely known and the most iconic example.

Iconic amulets as such will forever be the bedrock of evergreen amulets.

There is very few other monks that comes into mind when a Phaya Tao amulet is mentioned thus making Luang Por Liew’s amulets highly collectible!