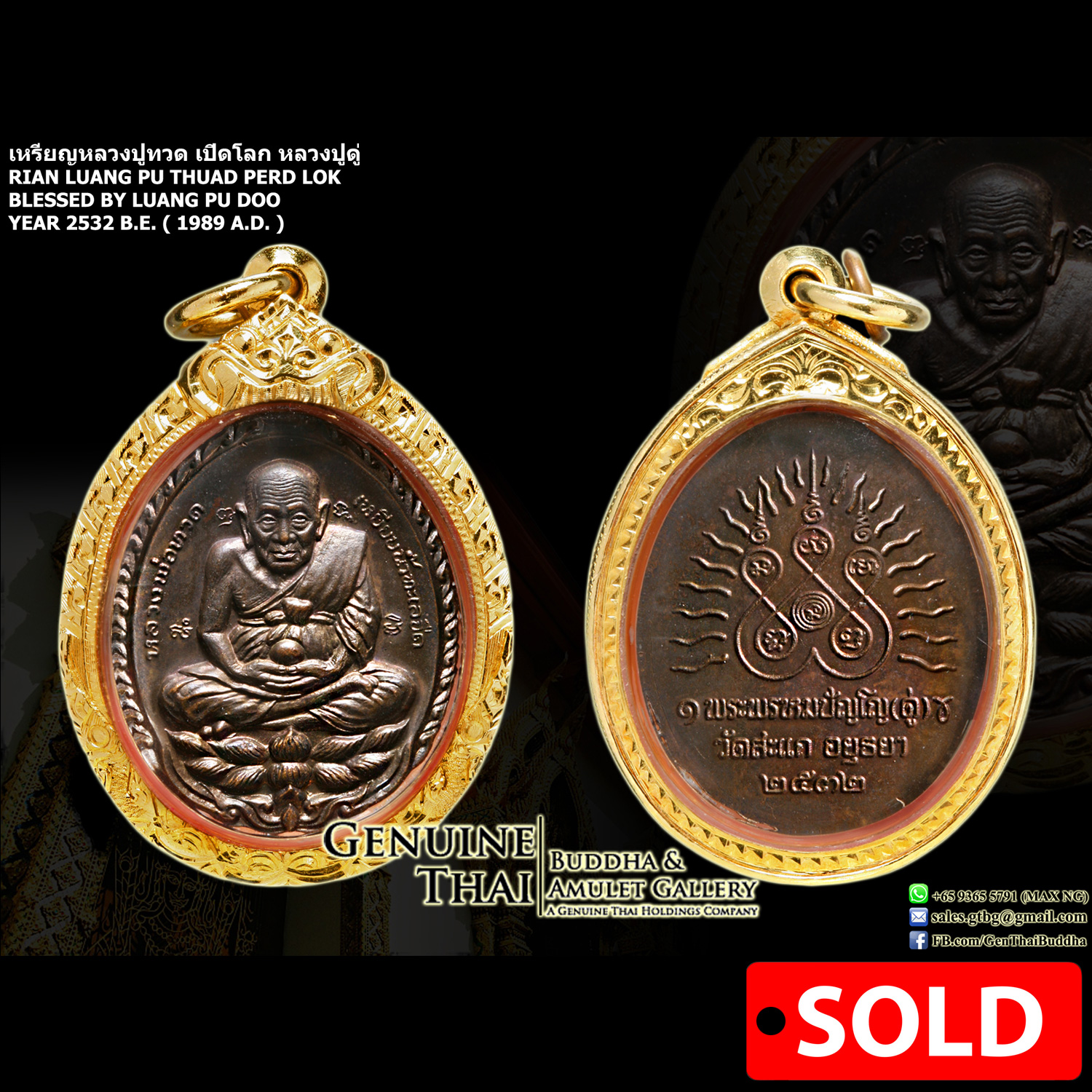 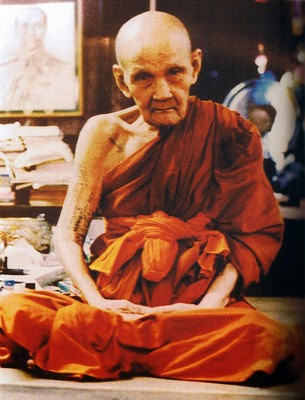 This featured piece is easily one of the most recognizable and important post Ajahn Tim’s Luang Pu Thuad medallion to be ever made.

Blessed by Luang Pu Doo of Wat Sakae in Year 2532 B.E., and it was known as Rian Luang Pu Thuad Roon “Perd Lok”.
The term “Perd Lok” translates literally to Open The World, and there is a reason why it is named so.

Luang Pu Doo stated to his disciples present in the consecration that the ceremony opened the pathway to three different worlds and was attended by Brahmas, Devas and Deities from their realms.

The 3 different worlds that were had their pathway opened up were:

Condition of the medallion is absolutely stunning with the overall texture exhibiting “Piu Fai” throughout the entire medallion!

Medallions that are worn, damaged, washed or refurbished will not exhibit naturally occurred textures like the item featured.