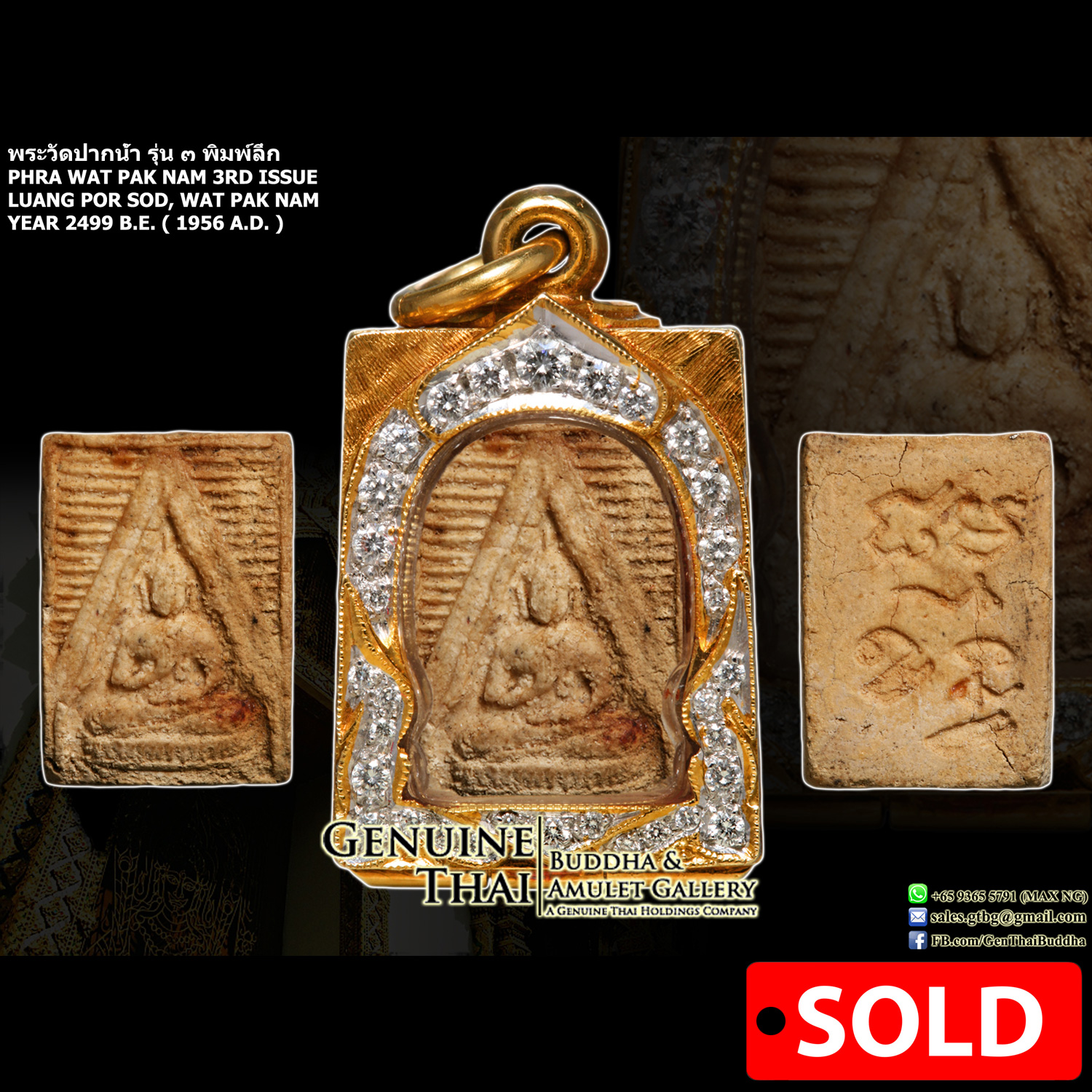 Material made: Made of a mixture of sacred powders and holy components

Remarks: To simply say this is a top tiered amulet of the industry is simply an understatement.
It is undoubtedly one of the best known amulets among seasoned collectors and layman alike.

It was known as “Phra Kong Kwan”, of Gift Amulet. It was given for free to people who visited the temple, hence the name.
But only a single piece can be given to an individual. No one can be tasked to receive on their behalf.

Do not worry. No typo errors were made. There were no 2nd batch.
It is due to the immense popularity of the 1st Batch of amulets that there weren’t enough pieces
to fully distribute to the rest of the devotees visiting the temple. So, the 2nd batch was made.
It was made using the same material and the same mould as the 1st Batch thus it virtually
impossible to differentiate between the 2 batches. They were then consolidated into one batch.

The deep mould has better aesthetics with features more defined than the shallow mould, thus
resulting in a higher collector’s value. It was known as the most popular variant.

This beautiful item featured today is known as the Deep Mould.

An absolute collector’s item and its one of the most prominent amulets featured in:
Phra Ner Pong Yod Niyom (Most Popular Powder-Made Amulets) Category.