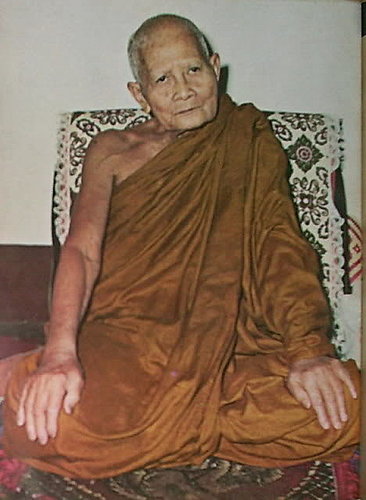 Material made: Made of NAWALOHA

EXCELLENT AND TIP TOP CONDITION!
TOP TIERED PHRA KRING IMAGE OF LUANG PU WAEN!
ONLY 2,517 PIECES MADE IN THE WORLD!

It is known as Phra Kring Arahang, and it depicts the image of the Medicine Buddha.

The term “Arahang” abstractly means “Purifying the mind and freeing yourself from suffering in life”. In short, it is known as Enlightenment.

The casting of the amulets were on the 6th of January in Year 2517 B.E., and it is important to note that it was a very auspicious timing.
In total, this batch of amulets were consecrated for 3 times in 3 different occasions before it was being distributed from the temple.

It is known as one of the most important amulets by Luang Pu Waen as it is documented to be the 1st time in his life that an amulet was made and consecrated by Luang Pu Waen.

The materials used in the making of the amulets were nothing short of exceptional.

Condition of the amulet is absolutely pristine with the original texture immaculately preserved. This batch of amulets were created using a primitive casting method. It is not an everyday occurrence to chance upon a piece of such historical value yet in such pristine condition!

INCLUSIVE OF A VINTAGE GOLD FRAMING!

Luang Pu Waen is know as “The monk who meditates in the sky”..

Ordained as a novice monk since the age of 9, Luang Pu Waen lived most of his life as a highly cultivated holy monk, whom many believed to have attained the state of an Arahant. He passed away in Year 2528 B.E. (1985 A.D.) after approximately 90 years of monkhood.

Living in rural Chiang Mai, though exceptionally well known among locals, fame was never something pursued by Luang Pu Waen.

However, as fate would have it, he was spotted meditating in the sky by a Royal Thai Airforce pilot while flying his aircraft over Doi Mae Pang, Chiang Mai and it propelled Luang Pu Waen to be one of the most recognized holy monks of Thailand